3 takeaways from the NLDS sweep over the Rockies 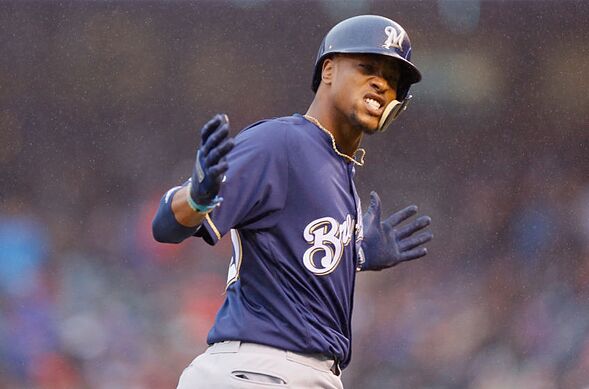 DENVER, CO – OCTOBER 07: Keon Broxton #23 of the Milwaukee Brewers celebrates after hitting a solo homerun in the ninth inning of Game Three of the National League Division Series off outfield Wade Davis #71 of the Colorado Rockies at Coors Field on October 7, 2018 in Denver, Colorado. (Photo by Justin Edmonds/Getty Images)

Here are three major takeaways from the Milwaukee Brewers impressive three-game sweep over the Colorado Rockies in the NLDS.

The Milwaukee Brewers made quick work of the Colorado Rockies in the National League Divisional Series, winning three games to none. The sweep drove the Brewers season-high win streak to 11 games and ensured they are the hottest team in all of baseball.

After being overlooked for much of the season, even after beating the Chicago Cubs in Game 163 to capture the National League Central division crown and home-field advantage throughout the NL playoffs, the national media still doubted them.

With the Brewers up 2-0 and the series shifting to Colorado, some expected the Rockies to take control for good. However, Milwaukee proved just as capable of playing in adverse conditions as they were under the roof at Miller Park.

Even now, as they await the winner of the Atlanta Braves and Los Angeles Dodgers series, the Brewers will likely be underdogs against whomever they face.

We will have plenty of time to talk about all of that, but before we do so, let’s recap Milwaukee’s 3-0 series win against the Rockies in the NLDS. These are three takeaways that revealed a lot about this Brewers team. Some of it we knew and some of it we didn’t. So without further ado, let’s get to it.

NLCS schedule 2018: Dodgers vs. Brewers
Let’s give these 2018 Milwaukee Brewers a nickname