The Brewers announced the attendees for their sold-out “Brewers On Deck” fan festival on Jan. 27.

A link has been sent to your friend’s email address.

A link has been posted to your Facebook feed. 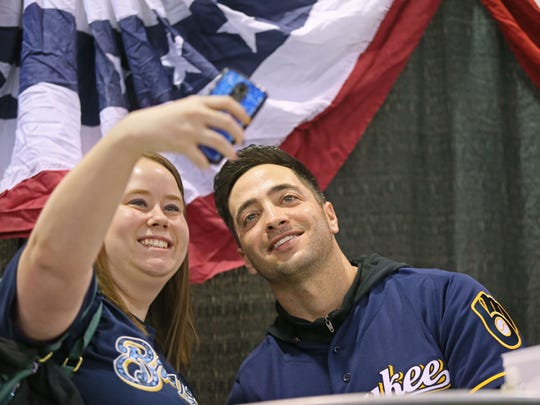 The Milwaukee Brewers announced Tuesday the participants for their sold-out “Brewers On Deck” fan festival on Sunday, Jan. 27 at the Wisconsin Center in downtown Milwaukee.

Tickets for the event, which runs from 10 a.m. to 5 p.m., sold out in advance for the first time. The Hunger Task Force will host a food drive for peanut butter, with donations to be dropped off at the main entrance at the corner of Wisconsin Avenue and Vel R. Phillips Avenue.

Details regarding autograph signings and other activities can be found at Brewers.com/ondeck.

Thank you! You’re almost signed up for Packers Update

Keep an eye out for an email to confirm your newsletter registration.