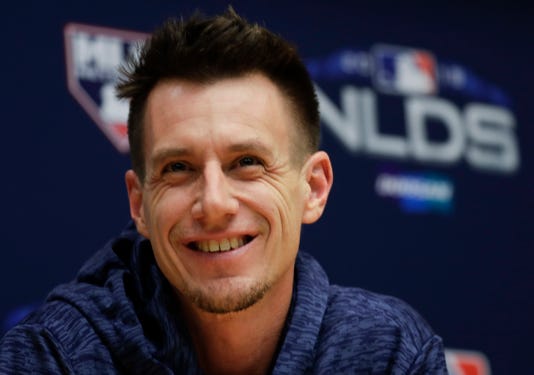 Today, Craig Counsell is the wiry guy found at the corner of the Milwaukee Brewers dugout, nervously popping fistfuls of sunflower seeds into his mouth.

He’s managing the best Brewers team in a long time, in a city that has caught fire with the team’s run into the playoffs and the current National League Divisional Series.

In another couple of months, though, he’ll be manning the sidelines for a different crew of athletes: his daughter Finley’s seventh-grade girls basketball team.

“He’s just another dad for most of them, quite frankly,” said Mike Bortolotti, who attended Whitefish Bay High School with Counsell and co-coaches the team. “For people in the community, it’s probably a bigger deal when they see him, but to these girls he’s just Finley’s dad, Coach Craig.”

Who also just happens to be one of the best managers in baseball.

“He’s hilarious as a coach,” Bortolotti said. “It’s twice a week during the winter, so we stay busy with it. He’ll leave me high-and-dry in early February when he takes off for spring training, but I get it. His day job seems kind of important.”

Counsell is already well-known around the country, especially in sports circles. He was the scrappy infielder with the batting stance that looked more like a painful stretching exercise. He scored the winning run in Game 7 of the 1997 World Series, crossing the plate and then flying into the arms of teammates. He played 16 seasons — his last five in Milwaukee — and was on two World Series champions.

But in Milwaukee, specifically Whitefish Bay, he is both known best and most able to blend in.

With his father, John, working in the Brewers front office, Counsell grew up in the northeast suburb and graduated from Whitefish Bay High School in 1988. He lived on Berkeley Boulevard, a block away from Richards Elementary School, where kids would play baseball almost every day in the summer.

Just 10 miles from his current perch at Miller Park, he would spend hours fielding grounders until after dark using Robin Yount’s old mitt. He was “Craig” to most people, “C” to his closest friends. 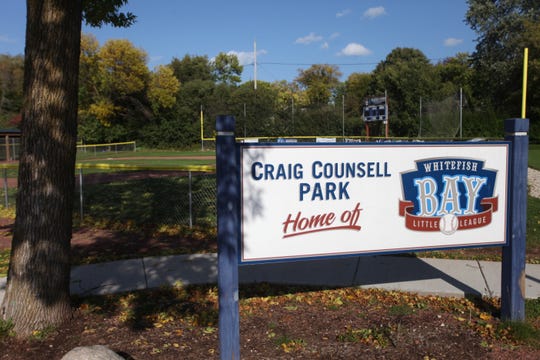 He now resides in Whitefish Bay with his wife, Michelle, and their four children just a couple of miles away from Craig Counsell Park. The park is host to the village’s Little League games.

“From a community standpoint, a lot of us are having fun right now,” Bortolotti said. “We’re all enjoying this because there are many, many people — neighbors, friends, people in the same social circles — that are living it and, through Craig, have a small personal piece of it. It’s fun for everybody.”

Walk the streets of Whitefish Bay, and it feels like everyone in the village has some sort of Counsell story. They run into him at the park or see him on the customized Brewers riding lawn mower given to him by former Brewers closer Trevor Hoffman. At Aliota’s Pub & Grill, just across the Whitefish Bay border, every seat was taken before Thursday afternoon’s first pitch, and the crowd broke into applause the first time Counsell was shown on television. 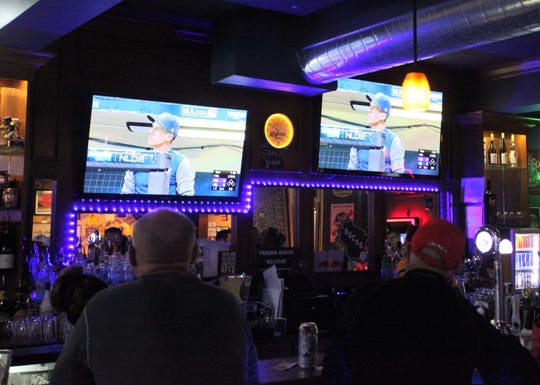 Fans at Aliota’s Pub & Grill just outside of Whitefish Bay watch as manager Craig Counsell and the Brewers take on the Colorado Rockies in Game 1 of the NLDS. (Photo: Curt Hogg / Milwaukee Journal Sentinel)

“Everyone recognizes him at Starbucks or Sendik’s,” said Jamie Glinberg, a high school classmate and longtime friend. “It’s such a small community that everyone has some connection to him.”

“Craig came to our 30th class reunion a couple blocks from where he lives, and people there were so much more interested in the Brewers than they ever would have been. People are just really proud and they all have some connection to him.”

Tom Skibosh, formerly the longtime media relations director for the Brewers, recalls being in a fantasy football league in the mid-1980s and wanting to make a trade with Craig’s dad. To do so, he had to go through 12-year-old Craig, who was managing his dad’s team.

“I had Dan Marino and was trying to get Mark Duper,” Skibosh said. “John told me, ‘Why don’t you call up Craig at school and get him out of class to talk about it? Sure enough I did, and Craig remembers all the details exactly to this day. It’s so cool for everyone that knew him as a kid to watch him and see him become successful.”

For his part, Counsell turned down coaching opportunities while working in the Brewers front office after retiring following the 2011 season. Milwaukee was where he wanted to be.

“I’ve watched Brewer games for 35 years,” Counsell said when hired as manager at his introductory news conference in 2015. “I’m a Milwaukee Brewer. I’ve always felt that way. Baseball in this city is important to me. It’s part of me. I feel a responsibility for it.” 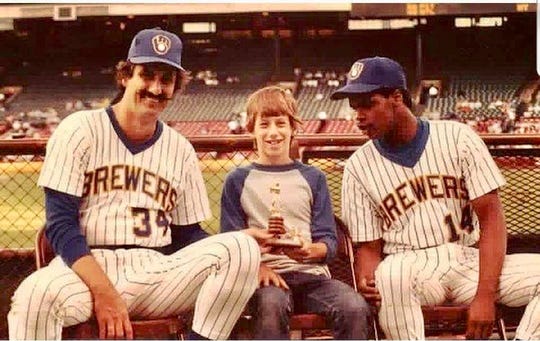 As a boy living in Whitefish Bay, Craig Counsell was always around the Brewers at County Stadium. (Photo: Submitted photo)

This year, he’s guided the team to a tie for the franchise record for wins.

“For a kid that grew up watching Paul Molitor and Robin Yount every day, grew up around the Brewers, went to the 1982 World Series in St. Louis, for everything now to come full circle, it’s pretty awesome,” Counsell’s friend Jeff Margolis said.

Now, the question is how far the run will go.

“To a lot of folks, he’s still Craig,” Glinberg said. “To us, he’s still ‘C.’ It’s so cool seeing his first game, his first hit, his first World Series, now his first playoffs as manager. For Brewers fans, those that know him and for Whitefish Bay, it’s been a fun ride to watch.”