Chances they make a big move? 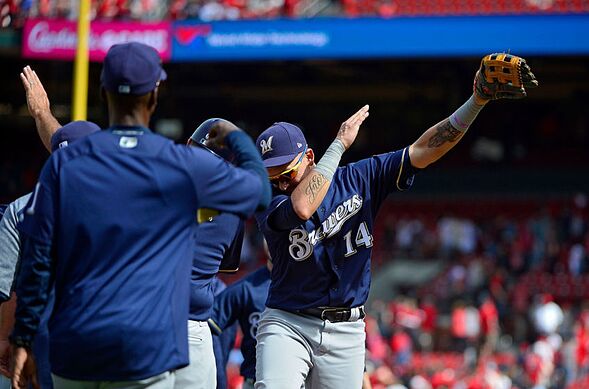 The Milwaukee Brewers have made a couple of smaller moves this offseason, but have yet to land a big fish. Will that time come?

The Milwaukee Brewers have made a couple of minor moves this offseason that seem like precursors for something bigger that’s yet to come. Three Dairyland Express writers were able to answer questions about the Brewers’ moves and big names they might go after.

1. The Brewers have been tied to a bunch of players this offseason, how come they haven’t made many moves?

Sam Brahm: The reason that they haven’t made any moves is because Stearns wants to be patient when it comes to adding players and they don’t have the ability to make huge moves that easily. It’s kind of scaring me because teams like the Cardinals are adding and the Brewers haven’t done anything, but we, as fans, have to trust the process. The Brewers are a small market team and they don’t have a lot of money as well. Stearns is waiting to make the right move and see what’s best for the team. Fans also need to remember that the best day last offseason was in late January (Yelich and Cain acquisitions). There is still time.

Nick Michalski: Teams in contention often are linked to just about every option on the market. The Brewers find themselves tied to many players in free agent and trade rumors because they’re in position to be a good team again in 2019. However, GM David Stearns has indicated that the club will be patient and deliberately assess its needs and which players fit best.

Second-base options have come off the board in Ian Kinsler (Padres) and Daniel Murphy (Rockies), but the Brewers know there are many other possibilities out there. Further, though second base is an area of great need now, the Brewers likely aren’t looking for a long-term fix with uber-prospect Keston Hiura on the way soon.

Milwaukee also has payroll considerations to measure. The existing roster could require in excess of $100 million including arbitration raises. It will ultimately reward the team to wait until the market defines itself better and potential destinations for players dwindle. The Brewers then can make acquisitions without parting with major prospects or giving out big-money contracts. Thankfully the Brewers are in a position of great depth, which protects them from going into panic mode early in the off-season.

Mike Wendlandt: The price hasn’t been right. The Marlins are asking for a king’s ransom for JT Realmuto, same with the Indians and their pitchers. As far as free agency goes, the amount of money some of these guys are getting from teams is absurd, especially for their roles. Daniel Murphy is getting over $10 million per year, and Trevor Cahill is getting $9 million. That’s insane and I’m glad the Brewers aren’t shelling out the cash for it.

Now, with a lot of the bigger names that make sense for the Brewers off the market, prices can start falling and the Brewers can get a deal for a solid second baseman or catcher like they did with Cory Spangenberg. Those type of low-key moves is what helps small-market teams get an advantage.