Could Brewers and Bucks games be available on Amazon in near future? 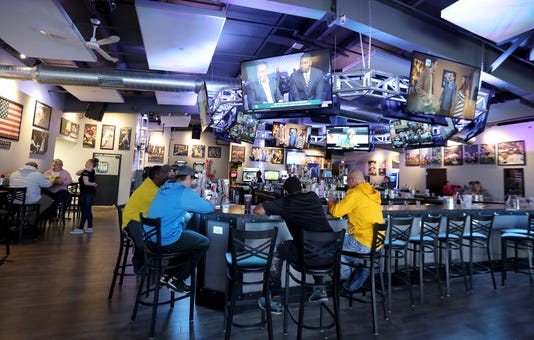 It’s great to have an Amazon Prime subscription for faster delivery around the holidays (of if we really like watching “The Marvelous Mrs. Maisel”). Will it also be good to have one for Brewers and Bucks games, as well?

The answer: maybe? Amazon appears to be involved in the bidding for a bunch of regional sports networks, including Fox Sports Wisconsin.

According to a report from CNBC, Amazon is the biggest-name bidder thus far on 22 regional sports networks which must be divested by Fox as terms of the Disney-Fox mega-merger that went through earlier this year. That includes the suite of Fox Sports regional networks.

Disney already owns ESPN and agreed it would be willing to sell off the Fox channels, which broadcast games for 44 teams from MLB, the NBA and the NHL.

CNBC cited five other organizations that are involved in early bidding. The article says second-round bids are expected before the end of the year.

Amazon has already upped its sports game, streaming 11 Thursday Night Football games this year through a deal with the NFL which helped broaden its global sports footprint. Those games were played for Amazon Prime subscribers and were streamed live over Twitch, a video platform operated by Amazon which focuses on gaming. Those broadcasts came with supplementary widgets displaying live statistics.

Amazon has also been involved in soccer broadcasts and has produced NFL documentaries.

CNBC also reports that the new Fox network emerging from the remnants of the deal — the part of the company that wasn’t part of the Disney merger — could make a bid to retain the networks.

Sports media critic Joe Lucia at Awful Announcing speculates that Fox remains the safest and best option for a sale. But it also suggests that an Amazon purchase would open the door for Amazon Prime subscribers to add the regional sports networks to their package for a fee. Right now, sports fans may hesitate to cut the cord of a cable subscription with the threat of losing access to local coverage, although many digital services such as YouTubeTV offer access to those channels.

RELATED: The sports fans guide to cord-cutting in Milwaukee: Which service has the best deal for live sports?

Milwaukee Brewers Free Agent Target: 3B Josh Donaldson
What Fans Have To Be Thankful For This Year