Five things to know as you seek out Brewers postseason tickets

The scene in the Brewers locker room was rowdy after the team clinched a playoff spot by sweeping the Cardinals
Tom Haudricourt, Milwaukee Journal Sentinel 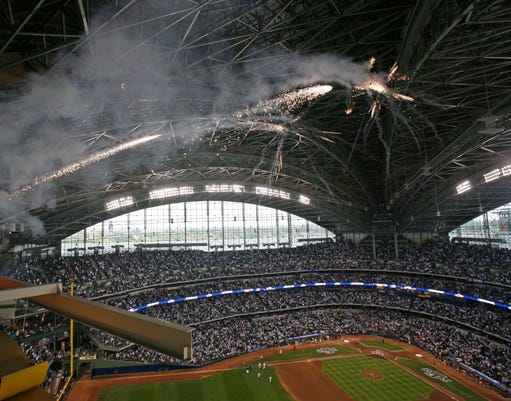 A limited number of tickets to the Oct. 2 wild-card game will go on sale at 10 a.m. Friday, along with the opportunity to buy tickets to any prospective National League Divisional Series games at Miller Park.

Here are five things to know, and you can check out a full rundown of postseason ticketing information at Brewers.com.

After Wednesday, the Brewers clinched a playoff spot and the right to host the wild-card game if that’s where they wind up. They could still catch the Cubs for the division title, which is preferable since it means the team can skip the winner-take-all wild card battle. In that case, the Brewers would start play in a best-of-five Divisional Series on Thursday (and would host games Thursday and Friday). If they don’t win the division but win that Oct. 2 wild-card game, they would still play Thursday and Friday but at Wrigley Field against the Cubs. The lone guaranteed NLDS game at Miller Park would be Sunday.

If you want single-game tickets, they’re going to be digital

This could be daunting for those who prefer printed tickets, and if fans simply cannot use a digital option, they are encouraged to call the Miller Park ticket office at (414) 902-4000 for more assistance. Within six hours of game time, there should be an option to have tickets printed at the ticket office (with a reprint fee), and fans will need a valid photo ID.

If you want wild-card tickets, you probably need to consult the secondary market 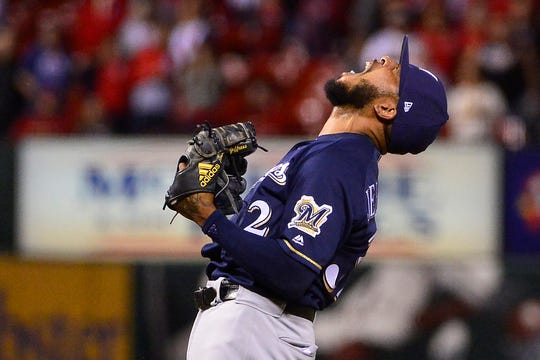 Through presale options (including one open to Wisconsin residents Thursday), the wild-card game is already sold out except for a very small number of tickets held back for Friday’s general public sale (starting online at 10 a.m.). The NLDS games are approaching sellout status and should reach that level easily.

At that point, the only way to get tickets through official means will be to place a deposit on a 2019 season or partial season plan. The Brewers have limited availability on those options, but that’s the only way to guarantee a seat for games all the way through October.

Tickets for postseason games range from $40-$50 on the terrace level to $135-$235 for premium seating on the field level. Ticket prices are the same for the wild card and NLDS but will escalate for later rounds (and those prices have yet to be announced).

The full value of tickets purchased for games that do not ultimately take place will be refunded within 10 days of the schedule game.

Secondary-market tickets will be quite a bit pricier, but there are (as of Thursday) plenty of options available at both StubHub and SeatGeek. The cheapest tickets are $75, extending well into the hundreds on the upper end.

Season seat holders and 10-pack holders both had access to presales. Wisconsin residents also had a crack Thursday at a presale deal. Single-game tickets for the NLCS — the next phase in the postseason after the divisional series — will be available through as series of presales beginning Oct. 4 and open to the general public Oct. 9.

Tickets are still available for this weekend’s games, but they’re also going fast

Brewers fans looking to welcome their team home can still get into Miller Park for the Friday-Sunday series against the Detroit Tigers. It’s Fan Appreciation Weekend, which means discounted tickets and fan giveaways. Someone on Saturday will win a 2019 Toyota Corolla Hatchback, among other prizes.

The Brewers anticipate Friday and Saturday will ultimately sell out, though Sunday’s game still has strong availability. If the Brewers still have a chance to catch the Cubs that day, you can expect those tickets will also sell well.

Tickets on secondary web sites were also still available for the weekend series, but there wasn’t a high volume of inventory outside the terrace level on SeatGeek. There seem to be more options, but higher prices, on StubHub.

Tickets for Fan Appreciation Weekend are available at the Miller Park Ticket Office, online at Brewers.com or by calling the Brewers ticket office at (414) 902-4000.