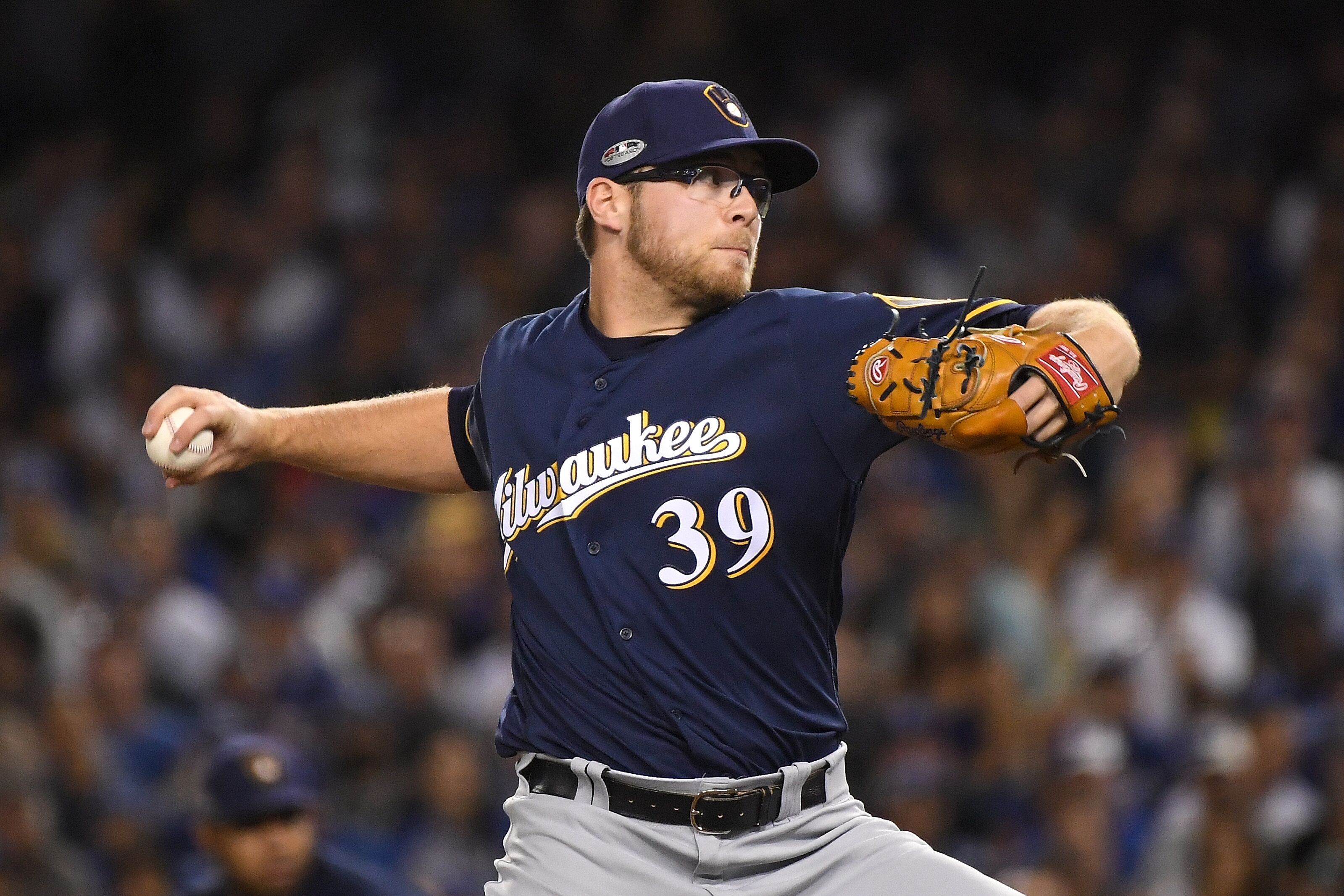 LOS ANGELES, CA – OCTOBER 16: Corbin Burrnes #39 of the Milwaukee Brewers delivers a pitch in the sixth inning against the Los Angeles Dodgers in Game Four of the National League Championship Series at Dodger Stadium on October 16, 2018 in Los Angeles, California. (Photo by Harry How/Getty Images)

The Milwaukee Brewers finished one game away from the World Series in 2018. Could their minor league system help them take the next step in 2019?

As part of our continuing coverage at Call to the Pen of the minor leagues, we will be covering each organization’s top players for 2018. The coverage will go in reverse order of record. Today, we will look at the Milwaukee Brewers.

We are going to review the system’s leaders for each organization statistically, then choose one hitter and one pitcher to honor for every team. This will be primarily based on statistical performance, though some “age relative to level” could come into play, so a very impressive season from a 28-year-old in AA will rank below a nearly as impressive season from a 20-year-old at the same level.

After we review each organization’s hitter and pitcher of the year, we will close out October with Call To The Pen’s Minor League team of the year. That will lead into November starting our team top 10 prospect lists. In other words, there will be plenty of minor league content on the way at CTTP, so keep coming back for more each day this offseason!!

After an offseason with a number of big moves, the Milwaukee Brewers made it all the way to the NLCS, finishing one game away from the World Series. Though they traded away much of their vaunted farm system coming into the 2017-2018 offseason to make that work.

With a lessened farm system, will they have the pieces necessary to make a long playoff run again in 2019?

Before we offer up awards on the season, let’s take a look at the system’s statistical leaders:

Let’s look at the award winners…