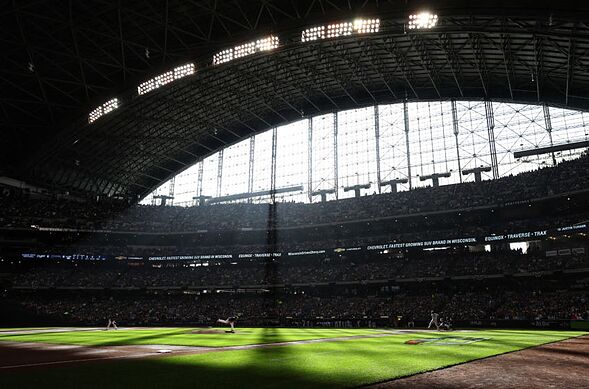 MILWAUKEE, WI – OCTOBER 13: Wade Miley #20 of the Milwaukee Brewers throws a pitch against the Los Angeles Dodgers during the first inning in Game Two of the National League Championship Series at Miller Park on October 13, 2018 in Milwaukee, Wisconsin. (Photo by Rob Carr/Getty Images)

The Milwaukee Brewers have been quiet so far this offseason. They’ve added to there bullpen with lefty Alex Claudio and they also brought back catcher Erik Kratz. Other than that the Brewers haven’t made any big moves and Stearns has been saying they want to be patient throughout this process. Especially signing or trading for a new second basemen.

If the season started today, you’ll notice that second base is a position that definitely needs improvement. Right now, Hernan Perez and Tyler Saladino are the two candidates to start at second base and that’s not going to last. The Brewers are looking for someone to hold down the second base position until top prospect Keston Hiura comes up. And there are a lot of great players out there that can do that.

Throughout the past couple weeks, the Brewers were rumored to be connected with a few great players to fill their open spot. Three-time All Star Daniel Murphy gained some interest from the Brewers and the Crew is rumored to have looked in to veteran Jed Lowrie, who had a breakout year in 2018, as well. There are a little under four months till Opening Day and it will be interesting to see who’s going to be in that lineup come Opening Day.

Without further ado, here are the Brewers second base options.