Six guys you may have forgotten were Brewers coaches 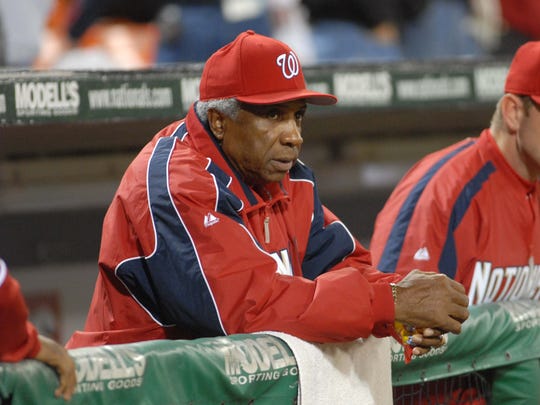 Last week, when Hall of Fame inductee Frank Robisnon died at age 83, a photo circulated of him donning a Brewers uniform. Adam McCalvy of MLB.com noted that Robinson was hitting coach for the Brewers briefly in 1984 — and was paid $1 for his services.

Frank Robinson made $1 for his couple of months as Milwaukee’s hitting coach in ‘84. Had we pooled our dollars, we could have bought the contact at auction for $540. https://t.co/1SgeqX1WJo

RIP to baseball legend Frank Robinson. He was the first African-American manager in the majors and later spent one season as a hitting coach for the @Brewers in 1984. We were able to dig up some video. pic.twitter.com/OPSzIr4Zgk

It surely caught many people by surprise who didn’t remember the association. Robinson became the first African-American manager in both leagues in addition to being one of the game’s greatest players.

Before that, McCalvy posted a story that invited Brewers fans to participate in one of their favorite pastimes — naming obscure Brewers.

In that vein, how about a look at other coaches you may have forgotten were with Milwaukee? Do you remember these familiar names donning Brewers unis? 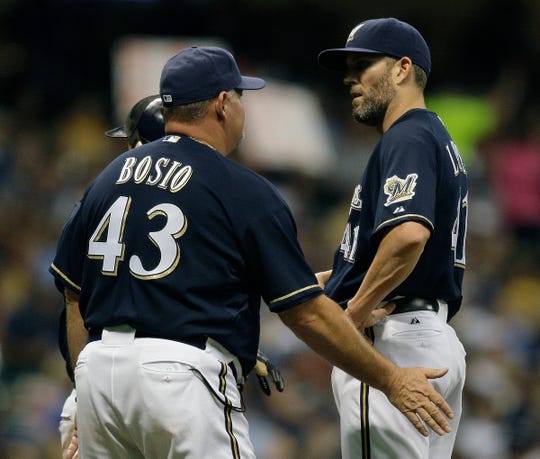 Surely, you remember Bosio as a player, competing with the Brewers from 1986 through 1992. You probably also remember him as a villain. He was the Cubs’ pitching coach when they won the World Series in 2016, and he made thinly veiled comments that suggested slugger Eric Thames was using performance enhancing drugs. Perhaps that led to his departure in Chicago, though he was hired in Detroit as pitching coach in 2018 but was fired in June for different comments.

But do you remember his short stint as Brewers pitching coach?. In the midst of a season full of struggles in 2009, the Brewers decided to move on from longtime franchise staple Bill Castro, another former Brewers pitcher who had been bullpen coach since 1992 but was promoted to pitching coach in 2009. That move came in August, and Bosio was elevated from his role as Nashville Sounds pitching coach.

Bosio was not offered a contract in the offseason, and Rick Peterson was hired as pitching coach in 2010.

Milwaukee Brewers pitching coach Dave Stewart addresses some of the Brewers pitchers during their first day of spring training in 2001. (Photo11: Jason Wise)

The accomplished pitcher for the Oakland Athletics is perhaps best known as throwing a no-hitter in 1990 that came on the same day that Los Angeles Dodgers starter Fernando Valenzuela also threw a no-no. Stewart won three World Series titles and won a World Series MVP in his career, but his tenure as pitching coach in Milwaukee was a mess.

Stewart joined the Brewers as pitching coach in 2002 — the season infamous for Milwaukee’s franchise-record 106 losses. But Stewart left in July after manager Davey Lopes had been fired and replaced by bench coach Jerry Royster. Stewart was widely known as unhappy, and when he headed home to care for his ailing mother, members of the organization weren’t sure he’d be back. He announced shortly thereafter that he was leaving for good, replaced by Bill Castro on an interim basis. 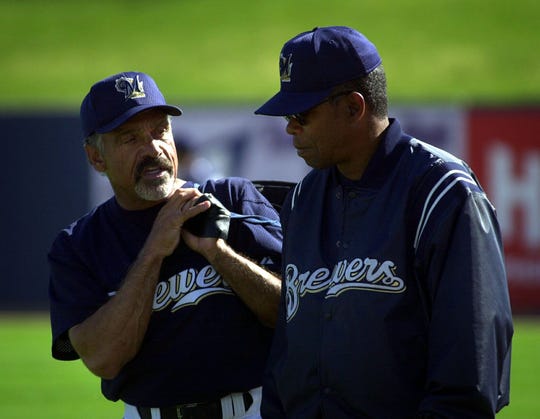 The Hall of Famer had hitting down to a science during his days with the Minnesota Twins and California Angels, when he won seven batting titles and hit over .300 in 14 consecutive seasons. The 18-time all-star also won Rookie of the Year and MVP. There’s simply not much he could do, however, to help the 2000 and 2001 Brewers teams hit.

Carew had been hitting coach for eight seasons with the Angels before that franchise went in a new direction (en route to the 2002 World Series title), and Carew was brought in to serve in the same capacity under manager Davey Lopes.

Before he was a three-time Manager of the Year Award winner (once with the Diamondbacks in 2007 and twice with the Athletics in 2012 and 2018), Melvin was a scout and Brewers front office employee who moved into the dugout in 1999, when he served as Brewers bench coach under Phil Garner. Melvin then bounced to Detroit when Garner became manager there in 2000 before taking a Diamondbacks coaching gig in the subsequent offseason. 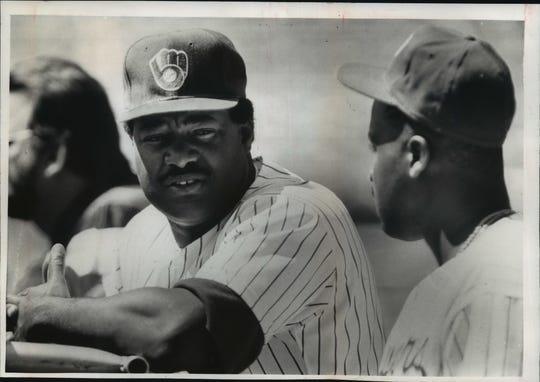 Baylor hit 338 home runs in his 19-year playing career and earned the 1979 AL MVP, and he was still playing in 1988. He went right to coaching thereafter, becoming Brewers hitting coach in 1990 and 1991, then wound up as manager of the expansion Colorado Rockies two years later. In 1994, Baylor gave an interview suggesting that the Brewers were to blame for the messy divorce between the franchise and Gary Sheffield. 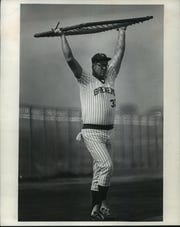 The 1960 NL Rookie of the Year and Los Angeles Dodgers/Washington Senators standout served as Brewers hitting coach in 1985 and 1986 under George Bamberger (and Tom Treblehorn midway through the latter season) and was the organization’s first base coach from 1978-1980 under Bamberger and Buck Rodgers. The 6-7 behemoth was thus part of the organization when Paul Molitor and Robin Yount began their ascension, even if he missed the two playoff runs in 1981 and 1982.