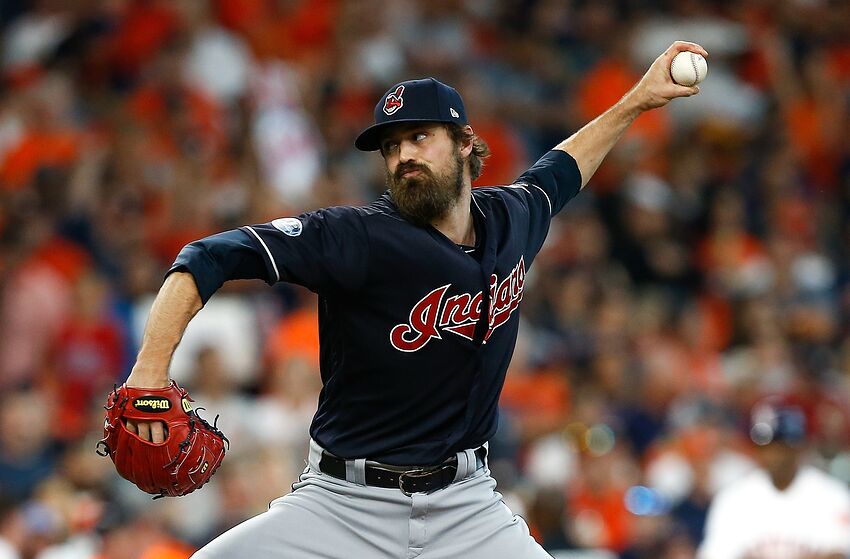 HOUSTON, TX – OCTOBER 06: Andrew Miller #24 of the Cleveland Indians delivers a pitch in the sixth inning against the Houston Astros during Game Two of the American League Division Series at Minute Maid Park on October 6, 2018 in Houston, Texas. (Photo by Bob Levey/Getty Images)

New York Yankees: Is Manny Machado a Realistic Option for the Yankees? by Dylan Smith

The MLB offseason is upon us and the Milwaukee Brewers are looking to build off of a successful 2018 season.

The Milwaukee Brewers finished the 2018 season with a National League best 96-67 record and one win away from its first World Series in 36 years. As they look to bolster their chances to get back to the postseason next season, one player they should consider signing is Andrew Miller.

Prior to a disappointing 2018 season, Miller was considered among the best relief pitchers in MLB. Injuries limited him to just 34 innings pitched during the 2018 season. Miller finished with a 4.24 earned run average with 45 strikeouts and 16 walks. His earned run average hadn’t been above three since the 2012 season and Miller has shown what his value is for any bullpen.

Joining a Milwaukee Brewers bullpen which already has former All-Stars Corey Knebel, Jeremy Jeffress, and Josh Hader is a dream scenario for manager Craig Counsell. Like Hader, Miller is a dynamic left-handed weapon who can pitch multiple innings. Miller and Hader together in the bullpen will help the Brew Crew neutralize any lineup in baseball.

The Brewers are likely to bring in another relief pitcher via free agency during this offseason and Miller should be at the top of the list. With the way Milwaukee deployed the bullpen down the stretch and into the playoffs, Miller fits with this team perfectly.

Miller also brings a veteran presence to the clubhouse and plenty of postseason experience. He has been among the best relievers in baseball since the 2013 season and shows no signs of slowing down. His fastball averaged 93.6 MPH last season and that’s just a tick down from 94.5 MPH during the 2017 season.

Next: Looking at 2019 pitching options

The ability is clearly still there for Miller and Milwaukee is a perfect place for him to be. There’s something special brewing in Milwaukee and last season was but a glimpse of what this team can become.