It seems like it has been weeks since we’ve seen the Brewers and Dodgers play. (Actually Milwaukee has been idle since completing its sweep of the Rockies on Sunday, and L.A. has been off since eliminating the Braves on Monday.) So both teams will be rested and ready to go for what shapes up as an evenly matched and exciting series between two teams that seem to be peaking at the right time. 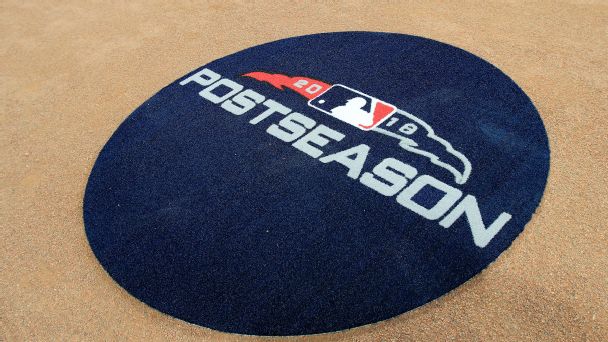 The most important thing of the day: While the Dodgers are playing their best baseball of the season, winning seven of eight, the Brewers are on a historic roll. Their 11-game winning streak matches the longest ever for a team entering a league championship series (since 1969). The Orioles in 1970 and 1971 entered the ALCS having won 11 straight and moved on to the World Series both years.

The stakes: The Dodgers will want to remind the Brewers, who haven’t lost since Sept. 22, that you can’t win ’em all. The sooner they stem Milwaukee’s momentum, the better for L.A.

If the Dodgers win: Besides bursting the Brewers’ bubble a bit, they’ll seize home-field advantage. Of road teams that have won Game 1 of a seven-game series, 59.7 percent (43 of 72) have gone on to win the series.

If the Brewers win: They’ll run their winning streak to 12 by beating L.A.’s ace, which will only add to their air of invincibility.

One key stat to know: Gonzalez, the Brewers’ surprising choice to start Game 1, has a 6.57 ERA over his last three postseason starts. That includes Game 3 of the 2016 division series at Dodger Stadium, when Gonzalez gave up three runs on four hits and a walk in 4 1/3 innings for the Nationals. However, Gonzalez, who hasn’t pitched since Sept. 30, was 3-0 with a 2.13 ERA in his last five regular-season starts.

The matchup that matters most: Christian Yelich vs. Clayton Kershaw. The hottest hitter on the planet against arguably the best pitcher this millennium — what’s not to love? And not only is Yelich on fire, he has a great track record against Kershaw (9-for-17, 2 HRs, 1.497 OPS). Among players with at least 15 plate appearances against Kershaw, Yelich’s .529 average is tied for the best (with Chris Stewart) and is by far the best among left-handed hitters (Anthony Rizzo‘s .375 is second).

The prediction: When there is free food at stake, it’s always smart to bet on the side of free food, and Friday’s Game 1 is no exception — which means I’m predicting a state full of happy Brewers fans will be eating burgers on the house at the Dodgers’ expense.

Expect a low-scoring series opener with most of the offense coming via the long ball (which could be a theme throughout the series). The Brewers have enough right-handed power up and down their lineup to take Kershaw deep a couple of times, and that would mean handing a lead over to Milwaukee’s lights-out bullpen. Brewers 3, Dodgers 2 — Dan Mullen